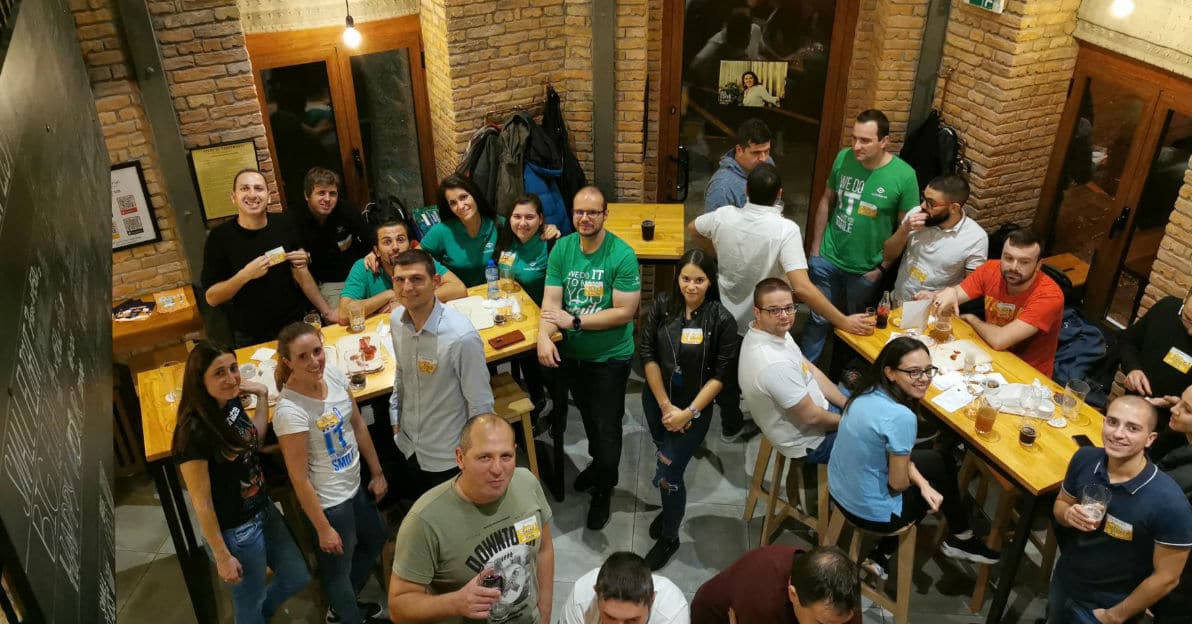 Creating an informal, but still useful connection between IT enthusiasts from different fields can be a challenge. For an informal knowledge-sharing event in Varna, Scalefocus managed to fulfill it with success – we brought together tech minds to meet and speak with our specialists on different subjects in IT. Оnce again, we learned that tech minds think alike – especially when it comes to technology and beer.

People often think that environments that nourish knowledge have to be built around lecturing. It usually shows, however, that people learn better when there is a good connection. For the Tech Geeks & Beer event, ScaleFocus organized the event around just that. We invited all kinds of tech enthusiasts to Bar Diagonal, Varna, where our colleagues were waiting for them.

For the around 60 people who came to Diagonal, the gathering was a way to talk about interesting tech topics by going around the different tables. We had set up the bar with thematic tables – people could go and discuss different technologies. All they had to do was look at the labels we’d prepared with different topics – like ”Java Dreamers in the Cloud”, “Pasta .NET”, “Developers”, “Beer.JS Developers”, “DevBeerOps” and others.

Among the technologies everyone had the chance to discuss were Java, Spring Boot, Maven, Docker, Apache Camel, AWS, Blazor, .Net Core, Azure, Jenkins, Node.JS, React, Android, Vue.JS, Angular, Swift, Go, Webworkers, Kotlin, Python. Best of all – the visitors really made a connection – with old and new friends in their field. If you want to join any of our superstar teams – be sure to check out our open positions here.