The Highlights of an Eventful Tech Savvy Season 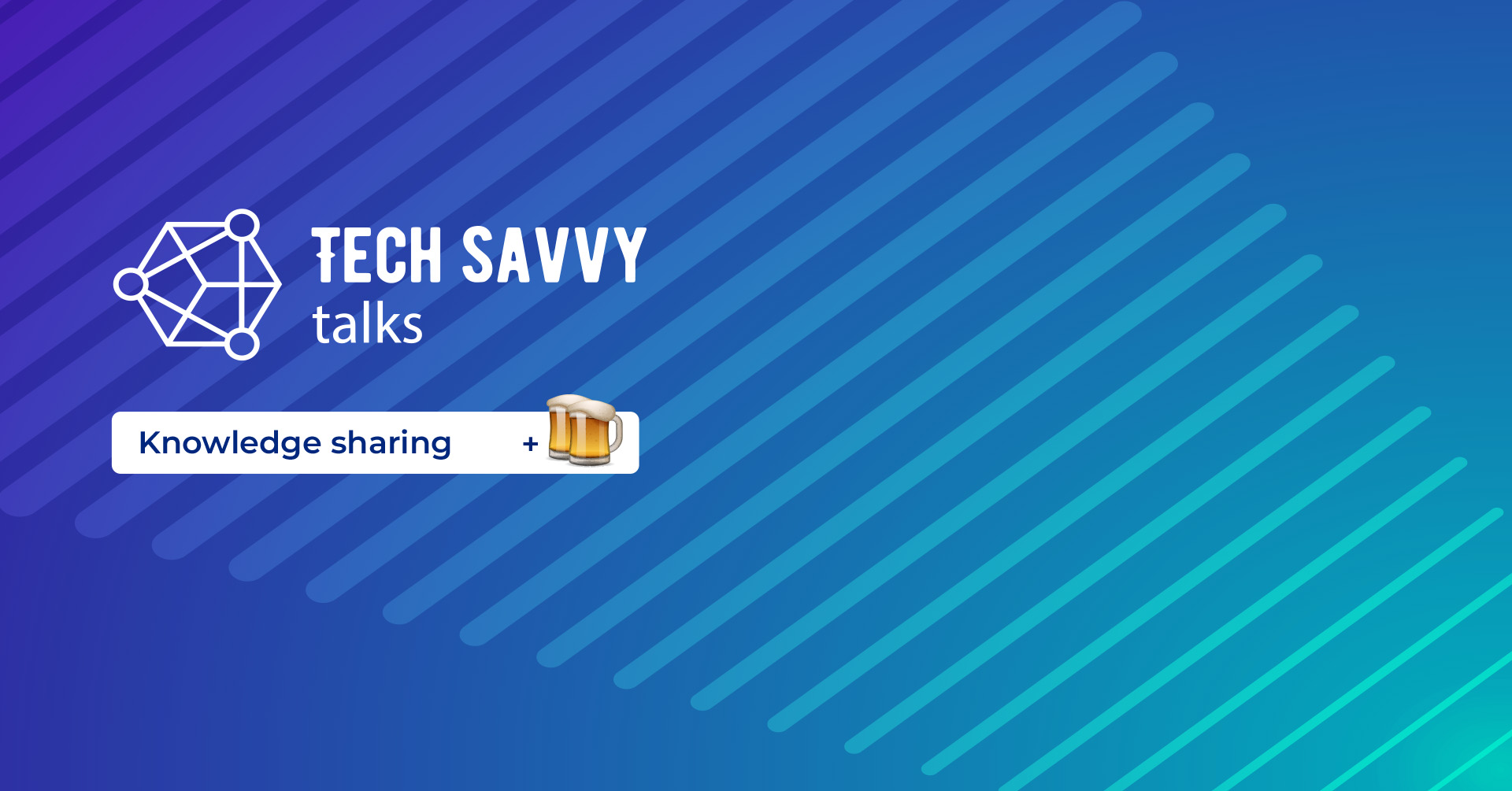 Knowledge sharing, is the key essence in our culture. We are learning and teaching, upskilling and adding value to the community no matter the circumstances (we are looking at you, Covid-19). The desire to spread the best practices has inspired us not only to host the Tech Savvy Talks but to distribute a brand-new experience by opening the events for a live audience”. And we didn’t stop there. Learn more about it by continuing to read below.
As the song says, in the summertime, when the weather is fine, we thought to catch the wave and bring the Tech Savvy talk to another level by doing it live in our Plovdiv, Bulgaria office in front of a real audience. Not in one, but in two days during June.
On the 16th, our CTO, Krasimir Kostadinov, welcomed our savvy attendees and, as you can see by the photos, had a fantastic time talking and discussing IPC Distributed Systems, MassTransit and Micro Services.
Answers were given to questions like “Could Metcalfe’s law save us, and what is its dark side? How do we handle exponentially growing data with asymptotically improving hardware? The limits of humanity’s collective mind – are we on the edge of falling off a Cloud?”
Ivan Stefanov, Senior Engineer at Scalefocus, had a panel on presenting communication between .NET microservices via MassTransit.
Asen Tolsuzov, one of our Front-End Technology Team Leads, explained how to make React and Angular part of a Web application, implemented with Micro Frontend architecture.
And all of this is just a glimpse of all that was shared during the event. 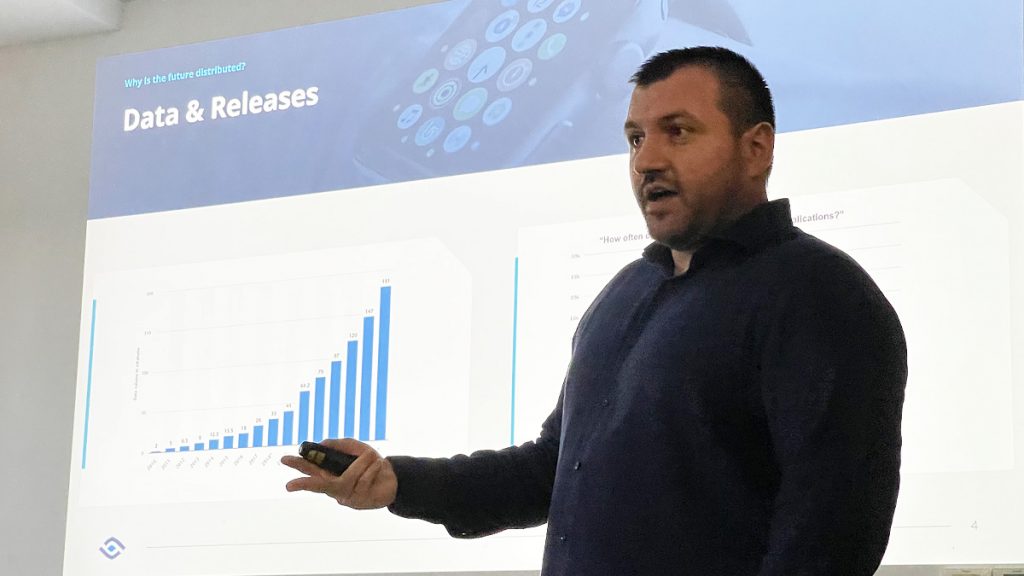 On the 23rd of June, the second part of Plovdiv’s live Tech Savvy Talk was held.
The main characters were Daniel Dutin, Quality Engineer at Scalefocus and Dimitar Tachev, a DevOps Engineer at the company. As you probably already guessed by their titles, the topics of the event were in the field of QA и DevOps. The speciality, served by Daniel was Using Postman as an automated testing alternative and integrating it with Newman in CI. Dimitar fed the audience details about creating a complete CI/CD pipeline in GitLab, including creating containers and running external applications in their deployment process using best practices. 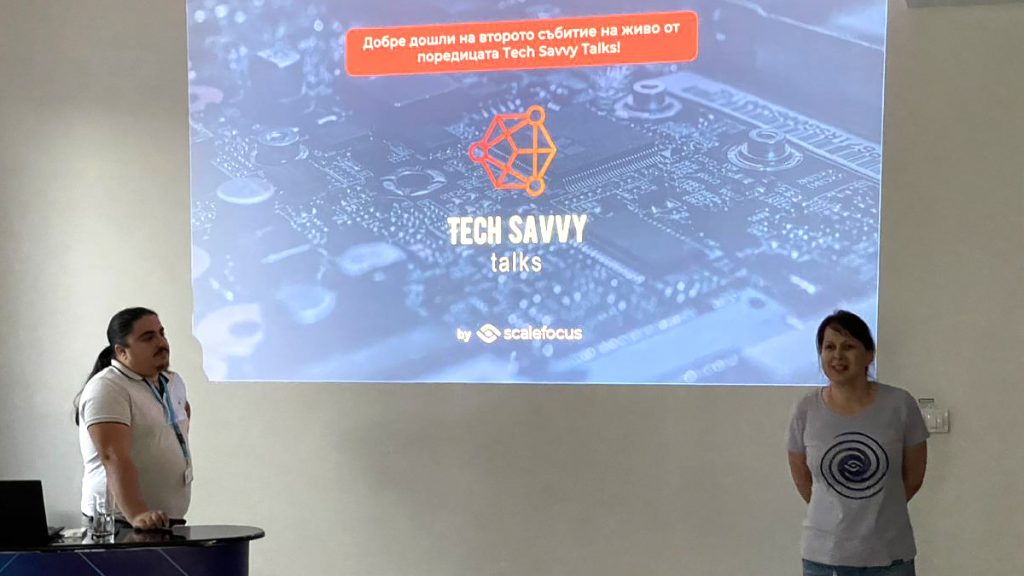 On the 4th of July, something revolutionary happened. Our Burgas office collaborated with the BurgasJS to bring you a new technology event.
On the seaside shore, in front of a lively and diverse group of people, the CTO of Scalefocus, Krasimir Kostadinov, teamed up with Georgi ‘Johny’ Ganchev. Krasi shared the hacks of creating cryptography with pen and paper, talked about its importance and place in the world of technology and predicted its future.
The other topic presented by Johny was as crucial as the first one – Who’s the one to blame for YOUR burnout? Together we found the responsible people and factors, and we’ll keep in mind what we learned. Hopefully, it will help us to keep our heads above the deep water. Overall, we had a blast with BurgasJS near the beach. 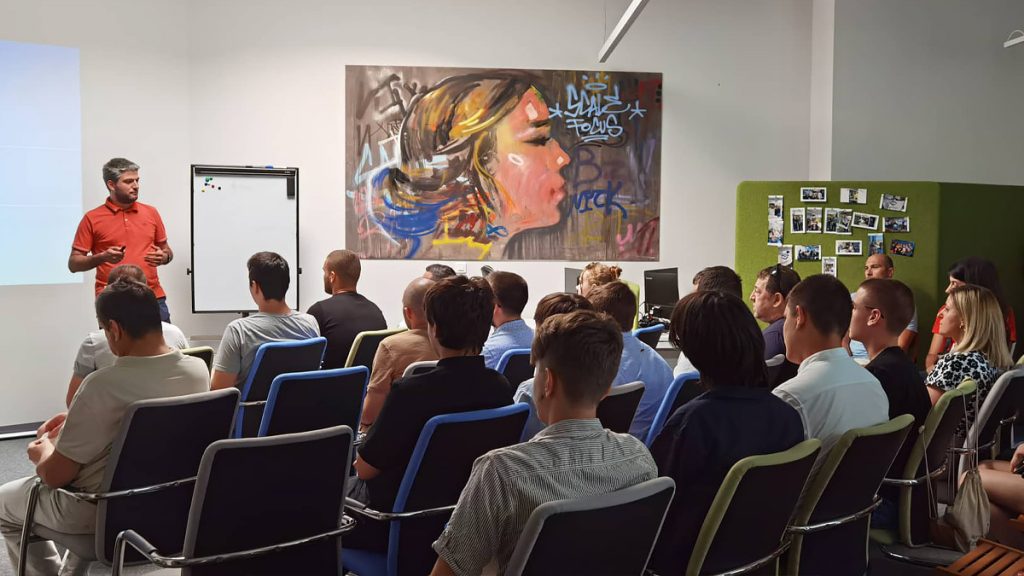 When slicing and dicing code and computing gets to your fingers – limitations of distributed software systems… Krasi gives one more talk on IPC & Distributed Systems. Yes, the previous ones were so successful. This time it was held in Sofia. Again – a live event open to anyone’s interest and completely free, just like the rest of our knowledge-sharing sessions. If you missed it – here are some photos. 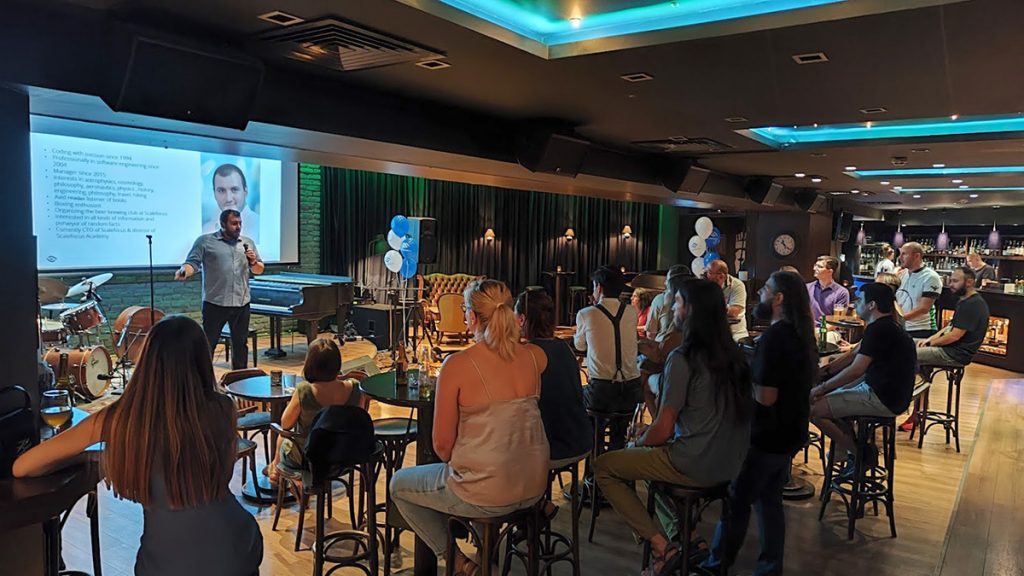 Meanwhile, the Beer.js was happening, and we just had to be there. The venue was a favorite spot of ours – Maimunarnika at Borisova garden.
Petar Kadakevliev, Technology Team Lead at Scalefocus, talked about Building high-speed apps with Svelte. Because you know – we are early adopters, and this relatively new but super promising technology nails it! A lot of features that require a 3rd party library or a lot of code are either built-in or can be done with a few lines of dead simple code. Petar compared it with a hegemon at the moment, React, and explored how even in a simple web app built with both technologies – the many benefits of Svelte put it much ahead of its rival(s). 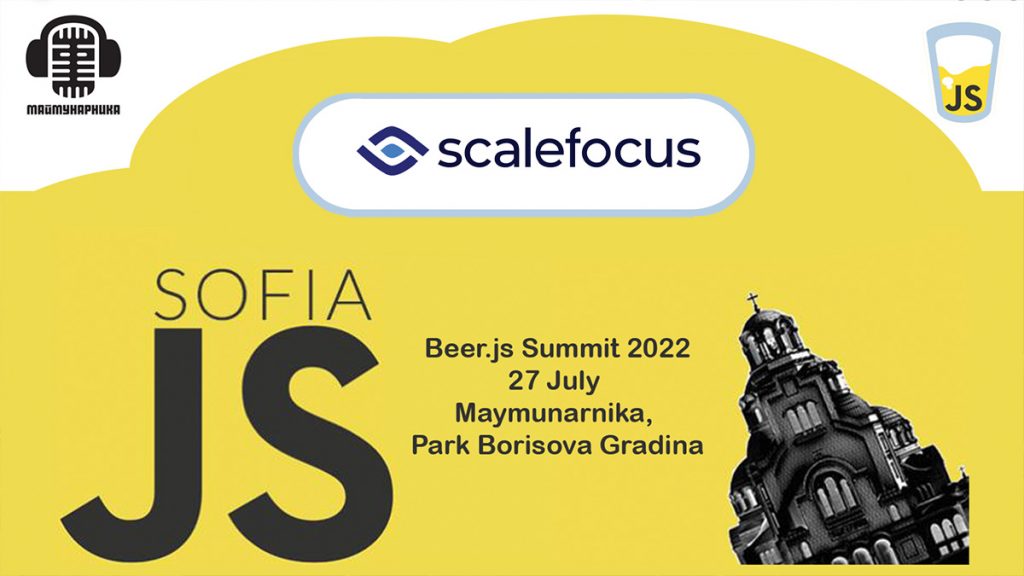 All the exchanged knowledge during the past months was garnished with cold beers to cool down the heated atmosphere by the hot topics.
If you missed our geek sessions, don’t give yourself a hard time. We have plenty more around the corner. Open your calendar and put reminders.
Do you want the best from both worlds?
We got you covered with another Tech Savvy Live planned by the sea on the 29th of September in Varna. Expect lightning talks on hot tech tracks such as Java, FE, QE & .NET.
We know from experience that it’s the best way to share and learn new stuff while enjoying the beach.
In case you are adventurous, you are more than welcome in Skopje, where our team is preparing two (or more) events between the 13th and 20th of September.
Swing by our YouTube channel to catch up with all the previous Tech Savvy talks:

That’s all (for now), folks.
Hope to see you soon.